I absolutely love to escape into a great boxset and I'm always happy to receive recommendations for new ones that I might enjoy. With that in mind, I thought I'd share some boxsets that I've been enjoying over the last couple of years.

This first post will focus on those series available on Netflix and then I'll share for NOW TV and Amazon Prime too.  I do find Netflix great value, as you get films, documentaries, box-sets, kids TV - the whole works for the one price of £8.99 for 2 devices at a time or £11.99 per month for up to 4 devices at a time.

It feels like everyone has been talking about this series recently and after watching it last week I can see why. It is light-hearted fun and who wouldn't want Emily as a mate? Emily heads to Paris to work in a marketing firm but there is one small problem, she doesn't speak French!

I watched this one during the last lockdown and it made me want to move to a small town in America in the middle of nowhere! It's a sweet romance about Mel, a medical practitioner who moves away for a new start and doesn't expect such a warm welcome from her new community.

This is the story of three best middle-aged best friends and how they deal with the ups and downs of everyday life. It is a simple but addictive box set.

Even though this show was aimed at teens or early twenties I loved it. It was an insight to a world that I have never been privy to and of course, as a blogger it grabs my interest for that factor alone. You'll dive into the lives of the hyper-rich kids of Manhatten's Upper East Side, and find out all about what they get up to when no-one is looking.

I watched these on BBC when they first aired but I'll definitely be watching them all again as I loved seeing London life through the eyes of the Nuns and midwives in the 1950s and '60s. It was like learning about my mum's life as she grew up. 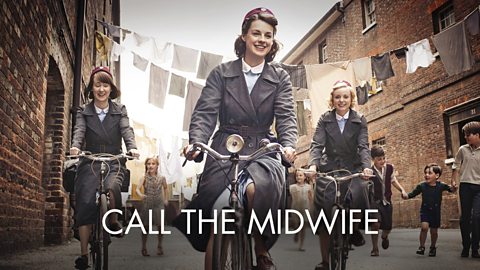 This is such a fun and easy watch. The sitcom is based on a Cuban-American family of a single mum, her two kids and the eclectic grandmother. It is mostly based within their home but it is sure to make you smile.

I found this such an easy and enjoyable watch with an FBI Agent teaming up with a convicted criminal to get into the minds of other criminals and catch them. Neal Caffrey really is the most lovable thief you'll ever meet, and very easy on the eye too! 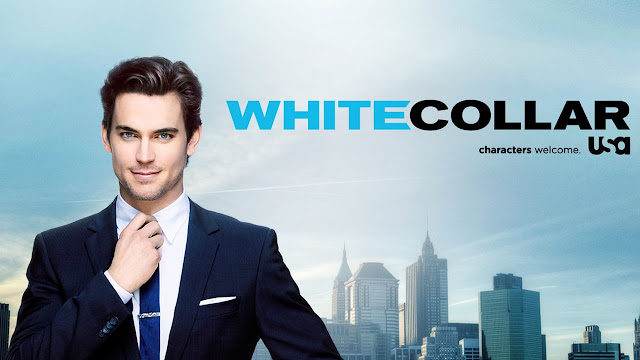 Kiefer Sutherland is amazing in this crime/ political drama, where he plays a politician who is left as the designated cover for the President when all the key members of the Presidential party are killed by a bomb. It is so nice to see a humble man stepping into the role of president and watching him grow in character and confidence.

This drama is about a family who run a megachurch and it certainly shows that Christians are real people who make mistakes and get in a spot of bother. I find the family characters very likeable and it is an insight into a life I'll never lead.

I love the premise of this show, with Homeland Security recruiting supergenius Walter and his crew for friends who all have a variety of skills that can be used to help foil terrorist actions. I also really like the fact that there is a lot of storyline around the personal relationships and dynamics of the crew. 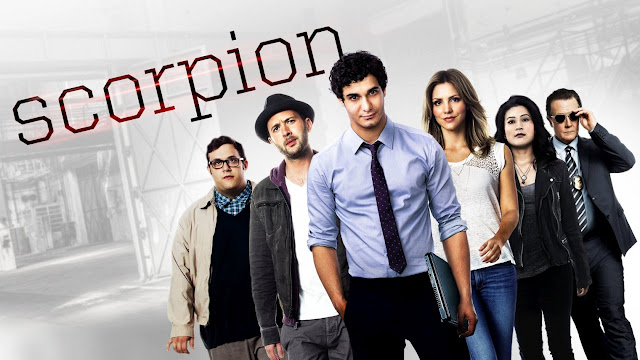 This is a bit different to other boxsets I've watched as it is a historical drama, set in 1920's Spain and it is also dubbed from Spanish to English. I've loved getting to know the characters and watching how technology started to develop and change their world.

How to get away with Murder - 5 seasons

A renowned law professor challenges her brightest students to help her solve difficult cases, but soon it is about a whole lot more than that. It can be a bit bloody at times and I found the early seasons better than the newer ones.

I could have cried when Suits finished. It is one of my favourite box sets ever. I loved the depth that we got to know the characters and of course, I was always rooting that tough lawyer Harvey would find romance with his secretary Donna. It's such a great story of friendship and loyalty as Harvey and Mike work together at the fancy law firm, just one problem Mike doesn't actually have a law degree.

A really gritty crime drama with the gorgeous Jamie Dornan as the villain. It is an excellent game of cat and mouse as DS Stella Gibson who has come to Ireland from the London Met to help solve a deadlocked murder case, finds that it mimics earlier killings.

I started the Crown about a week ago and I'm enjoying it, especially understanding more of the historical context of this country but it's not one I am having to binge-watch as it is so addictive. The new season releases on 15th Nov and I know many people have been waiting for this.

I've also got a few in my 'to watch' list and they include The Gilmore Girls, Modern Family, Chesapeake Shores and the re-runs from Dawsons Creek, which I loved as a younger woman.

As you can see from the above, I have quite an eclectic taste when it comes to box-sets. but mostly they are romantic, drama, medical or legal/political. I don't really do gore or anything too hedonistic.

Have you got any recommendations for me?

Here are some recommendations from the Tales of Belle. 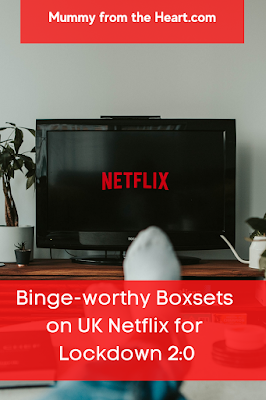