10 Tips for a Successful Summer Stay in Paris 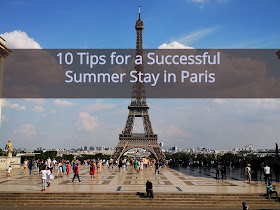 Having taken a fabulous trip to Paris with my Mum and brother in early July, I wanted to share with you some of the things I learnt on that visit.

1)   Don’t forget your sun cream and hat, it is boiling in the city, a few degrees hotter than the U.K. and if you are on an open top bus or boat then you will catch the sun and quite possibly burn.

2)   It is really expensive (as are most European cities) nowadays due to the very strong Euro but just go with it. If you try and scrimp and save you’ll find it really difficult to have a coffee or a beer when you’re in a popular area. There are loads of one euro water sellers on the street and you can pick a fresh crepe up for as little as 3 euros from a street stall but we struggled to pay less than about 12 euros for a salad or croque monsieur. 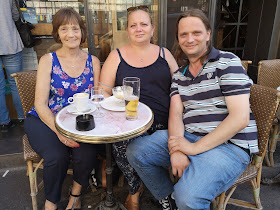 3)   If you are taking the Eurostar and arrive into the Gard du Nord station, either get off the train as fast as you can to join the taxi queue or have pre-booked one. The queue took us 45 minutes at 8pm on a Thursday night and that was after a delay. We then got charged 23 euros for a fare that should have been far less. On the way back I booked an Uber via the app and paid just 13 euros and had a much quicker and more pleasant journey.

4)   The Metro underground train system is vast, fast and cheap to use. However it can get incredibly packed and the entry gates (in my experience) can be a bit touchy at taking the travel cards. On the occasions I used a single ticket (just 1.90 euros) it all worked perfectly but we had two occasions of issues with travel cards. So my advice is to make sure you enter the metro on the side where the information office is. That way if you have an issue you have someone to help and don’t end up paying for a second ticket like I did as I was trapped the wrong side with my family on the other. 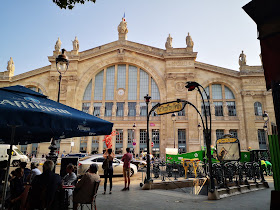 5)   Bercy is a great area to stay. It’s a little way out of the city but it is only 1.90 euros for a single metro ticket and line 14 is efficient and has you into Pyramides (close to Louve and Opera Granier) in about ten minutes. Bercy village is full of fabulous eateries, bars, shops, a massive cinema and in the summer they have various free live music nights. We also felt really safe to walk around at night in this area.

6)   An aparthotel is the perfect place to stay. It was so good to have full facilities if we wanted to cook, as well as a dishwasher and with three adults it provided privacy and space. There really wasn’t anything else I could have wanted and the air conditioning, that could be individually controlled in each room, was a life saver in 30 degree heat.

7)   The Paris Pass is fabulous if you want to explore lots. If you’re on a mission to see as many of the tourist hot spots as possible then it’s perfect for you. It includes a museum pass, the Paris Pass for all the extra attractions (like the boat trip, big bus tour, aquarium, Montparnasse Tower and the Opera Garnier tour) and a Paris Visite travel card. Check out my dedicated post to find out more and see what attractions you can visit and just how much you can save. 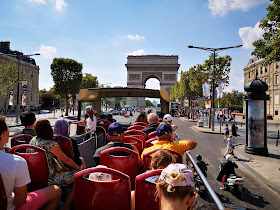 8)   The Big Bus tour is great and comes as part of your Paris Pass, we had a really fun tour operator called Julie on our red route bus too. Unless you have loads of time don’t bother with the blue tour route on the Big Bus as its nowhere near as interesting as the red route and you could spend the hour doing more interesting things instead.

9)   If you pre-book for the Eiffel Tower it tells you to arrive half hour before the time. In my opinion don’t bother. There wasn’t a queue to get into the grounds area and then we were left waiting for 30 minutes as they don’t allow you into the lift queue until 10 minutes before your allocated time. Better spend the time exploring and just get there on time. We even saw people arrive 15/20 minutes past their time and they were shepherded onto a fast track queue. It just shows that the early bird doesn’t always get the worm. We only travelled up to the 1st and 2nd floor and I found this to be high enough to get wonderful views.

If you want to get a great photo of the Eiffel Tower then hop on a river boat cruise, take one from the top of the Champ de Mars, go to the top of the Trocadero or even head up the Montparnasse Tower to the 56th floor observation deck (included if you have a Paris Pass).

10)   When the hustle and bustle of Paris gets too much make sure you head into one of the parks to cool off. Grab your lunch from a patisserie and people watch in either the Jardins du Luxembourg right in the centre of Paris (where you can find shade and plenty of free chairs by the water basin) or the Tuileries between the Louvre and the Champs Elysees. Both are green and delightful. 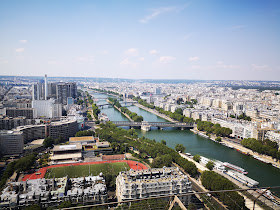 if you're planning a break in Paris during the summer I hope the things I learnt will help you enjoy your time away. Enjoy! 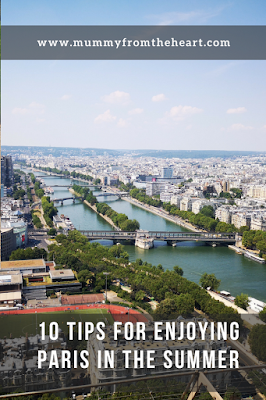 Disclosure: We received three 2 day Paris Passes for the purpose of this honest review. I have not been instructed what to write and I remain honest.