The Benefits of Time Outdoors for all the Family 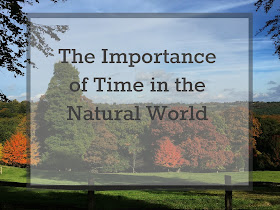 Just over three years ago our family took the brave decision to sell our house and move away from the area we had lived in for fifteen years. My husband and I both changed jobs, the kids changed schools and we swapped a town and being close to London for the countryside and being close to the beach. It was the best thing we have ever done!

At the time we moved the children were 6, 6 and 10 years and becoming increasingly accustomed to indoor play, multi-media activities and days out to theme parks, swimming and the like. Yes we took them to the play park and we would sometimes walk around a local lake but there was no-where near enough time spent outside just enjoying being kids, breathing in the fresh air and running free.

When you live on a main road and children are not allowed out to play it really does restrict their freedom and imaginative play. Here in Sussex we live in 220 acres of land and the kids have friends who live in the same community and they go and collect conkers, play make believe in the church yard, skate on the private roads or organise mini sports days on the west lawn. The world is their oyster and they have so much freedom to play here.

"For a new generation, nature is more abstraction than reality. Increasingly, nature is something to watch, to consume, to wear – to ignore." Richard Louv, Last Child in the Woods.

With our one move we managed to reverse our family's exposure to Nature Deficit Disorder (a phrase coined by US writer Richard Louv) because it is not just children who benefit from being outdoors, the whole family do, whatever their age. So when we moved here we made a vow that we would never take our amazing home for granted and that is why we still head off on adventure walks, fitness runs, nature collections or photography strolls a number of times a month. Combining family time, fitness and fun with nature has worked wonders for our family. 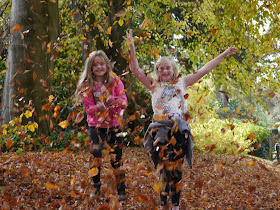 The Natural Childhood Report from the National Trust published in 2012 was a big wake-up call to many as it documented the decline in relationship that children have with the natural world and concluded that there were several complicated and inter-linked barriers preventing children from spending enough time outside in nature and that this is having a profound impact on their wellbeing.

"Natural places are singularly engaging, stimulating, life-enhancing environments where children can reach new depths of understanding about themselves, their abilities and their relationship with the world around them." Tim Gill, a leading commentator on Childhood


The benefits for anyone, but especially children of spending time outside in nature are massive and they can be categorised into four areas -

Health Benefits
In 2004 the Chief medical Examiner commented that if we wanted to see children with increased physical fitness and to be see a decline in the obesity epidemic then we needed to get them to play outside more.

The body of evidence is growing day by day giving weight to the argument in support of getting children outside to play and explore in the natural world rather than a man-made area. Mental and physical health can be improved, right attitudes towards exercise established and in 2009 researchers at the University of Essex even found that exposure to the natural world can even enable people to live longer.

Sand castles with Grandad. This is what memories are made of. My Dad has always been a champion builder. So nice to see the kids playing well together & focused on a shared goal. #epig #alumchine #dorset #family #beach #ukholiday #sandcastles
A photo posted by Michelle Pannell (@michelletwinmum) on Aug 9, 2016 at 2:58am PDT


Educational Benefits
Increased contact with nature also improves the way that children learn, both informally and formally, this being just one of the reasons for the massive rise in forest schools in the last decade. Aric Sigman calls the benefits that come with increased exposure to the natural world the 'countryside effect' and he found that children exposed to nature scored higher on concentration and self-discipline; improved awareness, reasoning and observational skills; did better in reading, writing, maths, science and social studies; were better at working in teams; and showed improved behaviour overall.

It is also good to note that studies have found that it is not just the motivated high achievers who benefit from leaning amongst nature it is also those who struggle or under-achieve that do well in a natural environment. 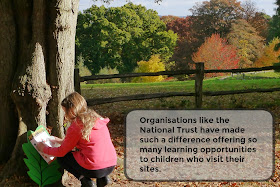 Community Benefits
Its amazing to think that by making outdoor play important we are helping our children to avoid the instant gratification of the consumerist society that we now live in. Sound research by UNICEF in 2011 found that children in Britain, Spain and Sweden all stated that their happiness was dependant on a stable family and having lots of things to do, especially outdoors. Not on owning gadgets or branded clothing. Wouldn't it be amazing if the status of every Brit was no longer about what you owned or how much you earned but about how kind you were and how you got involved in your community?

So we can see the importance to helping our young to experience the natural world whilst they are still inquisitive and young enough to be captured by it and then as they grow older that stays with them and we develop citizens who want to be good stewards of our beautiful world.

I hope you'll agree, there really are some massive benefits to us all making the effort and getting outside more and even if you don't live in the countryside like me there are so many wonderful organisations that are no helping to give ideas of what to do outside and where to go without it costing too much. Check out the National Trust, The Forestry Commission and Project Wild Thing for starters.

Massive thanks to Smart Insurance who commissioned me to write this post and share with you my love of getting outdoors and the benefits of doing so.

I'm linking this post up with Fiona at Coombe Mill for #CountryKids.