You Can Help Too & Yes it May Make You Sad!

Over the last few days I have been avidly chatting away to anyone who will listen to me, be it in real life, on twitter, via Facebook, on forums or my blog. I have probably been a bit of a bore but I don't care.  I am absorbed at the moment, after going to the Save The Children conference on Saturday I can not seem to focus on anything else really. My heart is aching and my mind is buzzing.

What can I do to help?  People are dying needlessly and that makes me so angry and on the one hand I feel powerless. I am one small human across the other side of the world, I have no power, no real money to speak of and it would be easy to think 'who me, I can not do anything'. I have probably been guilty of that mindset for much of my life. Not now, not anymore, I have been affected, over the last 10 years or so I have been educated, my line of vision has been widened and I see that I can help. We all can help, yes even you!

I am not willing to be apathetic and think this is not my problem, I can not help.  I now say I am one person who may be able to affect a few more.  I have no delusions of grandeur, I don't have 40K followers on Twitter to influence but if I affect 5 people and those 5 people then affect even another 2 or 3 each and they do the same, then we have spread, word of mouth spread.  The best kind.  Dh made me smile the other day when he said I am pyramid selling at the moment and that my pyramid of contacts  is getting bigger each day, he is right.  This is a bit like that, the snowball effect I would say, it does not sound so calculated.

As I have been chatting to people I have heard all sorts of replies that have initially shocked me and made me really down and then I stop and remember that actually it takes a lot of guts for people to be honest and to tell me that they think the problem is too big and therefore why should they bother? Go back 15 years and I may have said the same.

At the conference on Saturday we sat there and listened to Gareth Owen, Director of Emergencies for Save The Children and wow he blew me away.  This was a man with the kind of heart I desire. So many of us in the room were shedding tears when he reminded us 'that we all were letting people die' and that '750K people were about to die'. No softly, softly approach, this is a man who goes out to the developing world and sees the hard face.  He knows the sorrow of the affected people. At the end of his session one person in the audience suggested that the local governments ought to take responsibility and try to sort some of their own problems. Gareth agreed, I think the whole room agreed. He told us that often there was no proper leadership, that the government was little more than some war lords or gangsters. The choice he was faced with was to help and perhaps even keep helping the same country or community again and again or to let them die. When this persons silence suggested we let them die I felt physically sick, just as I do now typing this. That is not humanity, that is genocide.

So to the person who asked the other day 'why posting a blog about Save The Children could help and wouldn't it just make them feel sad', yes it will make you feel incredibly sad, you might also cry and you know what when you are in that state you can do great things. Over the last two days over 130 bloggers have posted about the petition for more health workers in the developing world and that came out of a conference that probably had about 30 of those bloggers there. So another 100 have joined us and I just checked on hashtag tracker and I see that in the last 24 hours an audience of over 1 million has been reached on twitter, from Sunday - Monday that was about 2.6 million.

Surely you can see that is amazing? So anyone and everyone reading this, please help, even in a tiny, tiny way. One alone can achieve little but when we all unite we can achieve anything. I do not post this to chastise or judge anyone, I post this with the hope that you may start to see my point of view.

Something we all can do is sign the petition for more #healthworkers and we can ask our friends and families to do the same.

Then if you want to blog about this, Facebook or twitter mention it (using #healthworkers) then you are raising awareness and spreading the word and believe me that really is equally as important as giving money. 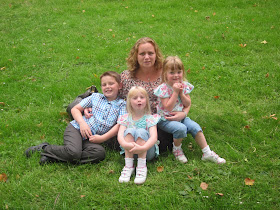 You see those 3 kids there in the photo, they are the reason why I must speak out and do what I can, wouldn't it be amazing if they grew up in a world where there was justice and equality. Where the wealth was spread and all people had access to everything they needed. I know some people say they are broke in the UK right now but often that means they can not afford big Christmas presents for the kids, how about if we could not afford food for a week for our kids? That might give us some perspective.


So come on join me, yes you'll be sad and you may cry. My heart will not seem to stop aching right now but that is nothing in comparison to what is going on for many in the world.
at 09:51
Share
‹
›
Home
View web version