A Room fit for a Teenager with The Fine Bedding Company 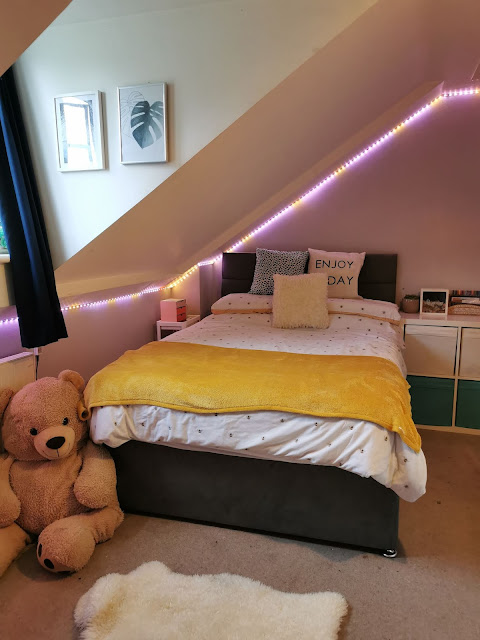 My twin girls are now 14 and boy are they growing up quickly. Both of them are absorbed by Tik Tok, Instagram and everything glamorous, shiny and modern. If we had infinite money I can just imagine what their bedrooms would look like, they'd be beautiful; but this is real life and we don't have loads of disposable income. So it is time to makeover the girl's bedrooms in a creative way.

Miss E has been asking for a double bed for a long time now, she even started to save up her own money to buy it herself but I was loath to waste a good single bed and thus we have held off. Then JJ's bed broke and was beyond repair so he happily had Miss E's bed base and a new mattress as he can't fit a double in his room and this left an opening for us to get a new double bed for Miss E. 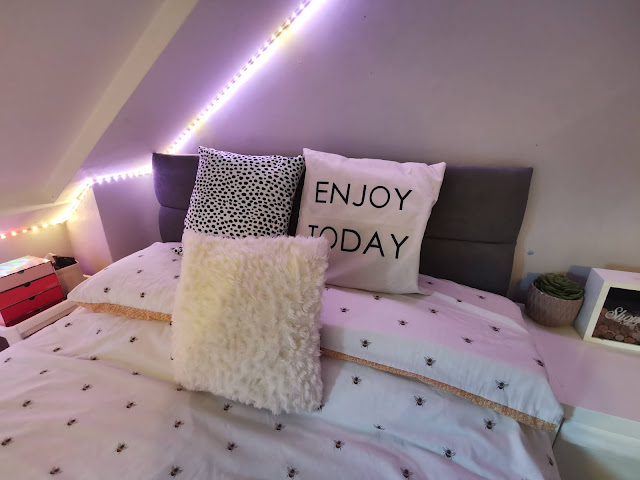 She knew exactly what she wanted and we shopped around and found a good double divan with drawers and pocket sprung mattress for an excellent price, so we were very pleased. Of course, she then needed some new bedding to go with it and luckily The Fine Bedding Company had been in touch with me about reviewing one of their duvets.

Back in 2013 I reviewed a Super-king Breathe duvet and we still use it now eight years later and it has washed well and kept its form. There are no lumps or bumps in the filling like you get with cheaper duvets, so I knew it was a great idea to get another Fine Bedding Company duvet for Miss E. This time we received the Spundown duvet in double size and we opted for the all-season duvet, which is actually two duvets in one, a 9 tog and a 4.5 tog that can go together with poppers to give a really warm duvet or can be used alone depending on how hot you are feeling. 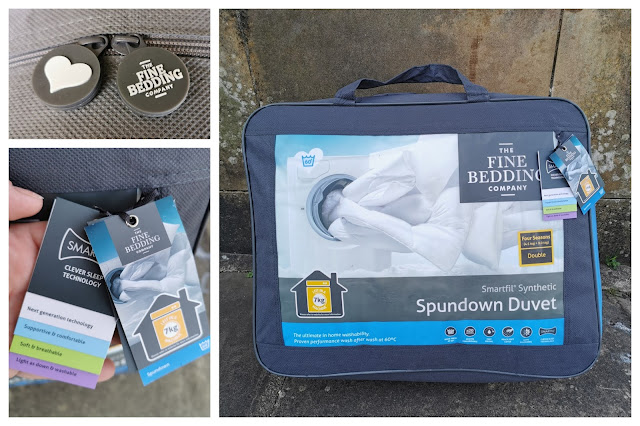 All the duvets from The Fine Bedding Company come in a nice sturdy zip-around storage bag and this is particularly useful with this two-part duvet, as it keeps the duvet you are not using in pristine condition. It's great that it can be washed in a regular 7kg washing machine and you can wash at 60 degrees, which is the temperature that kills dust mites, making it perfect for allergy sufferers. The duvet is filled with 100% smartfil microfibre, which makes for a really soft and comfortable duvet that spreads well on the bed. It holds its shape and contours around your body as you sleep, feeling light and luxurious to sleep under. It's also easy to fit a cover on and fills the cover perfectly and stays in place, unlike some annoying duvets.
It's no wonder that the Spundown duvets receive a five-star rating from 98% of users as they are really comfortable and luxurious. You can also receive 12% off if you order two or more spundown products and delivery if free if you spend over £50. I'm also interested to see that The Fine Bedding Company has a new range of coverless duvets which seem to be super popular and would certainly make life easier not having to climb inside a duvet cover! lol 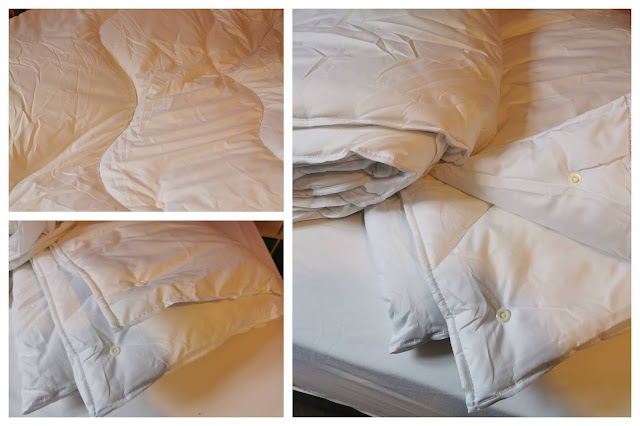 The new double bed and Fine Bedding Company duvet really make Miss E's room feel so much more grown-up. She has also added a few other touches to make her room fit for a teenager and more importantly, fit for her and all the things she enjoys doing. Miss E had quite a lot of furniture from IKEA from when she was younger and rather than get rid of this, she has incorporated it and updated it. The desk is now an art station where she does her painting and drawing.
She has changed her boxes for her KALLAX storage so that they all match and now her room has accents of yellow, pink and blue. She can even change her LED lights to match any of those colours and to suit her mood. 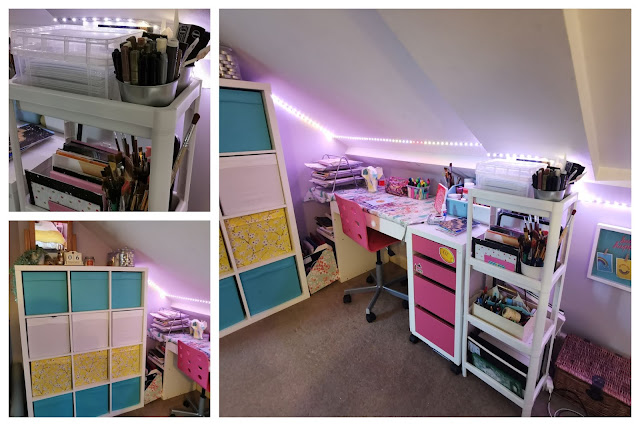 As Miss E is the creative type she found a long mirror up by our recycling area and came home with it. Before long it was painted white and she had drawn a black and white mandala pattern all over it. She also bought a set of cheap wooden drawers and painted those in shades of black, white, yellow and blue to match the rest of her bedroom. A photo wall finishes off that side of the room perfectly too. 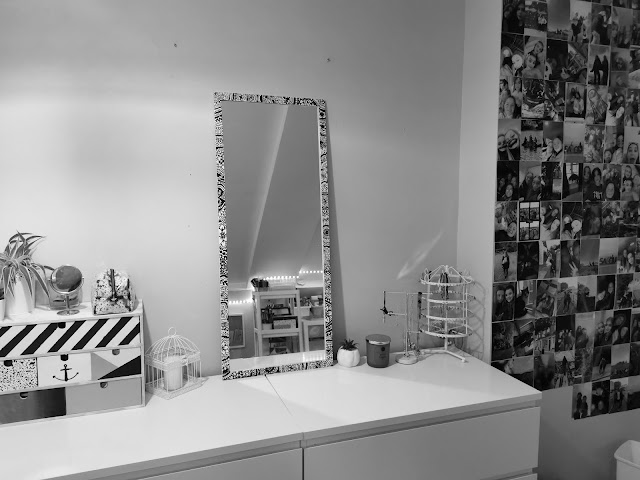 I'm very impressed with Miss Es bedroom makeover, apart from the bed we spent minimal money and she had done a great job, making sure her room is practical, spacious and beautiful despite having a sloping ceiling and a limited budget.
Thanks to the Fine Bedding Compay for providing her with a fabulous duvet to ensure she sleeps snuggly. Miss E is now very happy with her bedroom.

Enjoyed this post? Never miss out on future posts by following this blog.
at 16:11
Share
‹
›
Home
View web version