950th Anniversary Celebrations for the Battle of Hastings 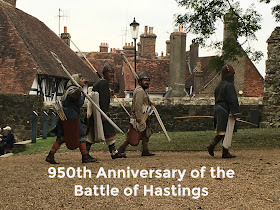 We've had such a fun family afternoon and the best thing about it was that it was pretty impromptu. We've obviously known that it would be the 950th anniversary of the Battle of Hastings this weekend and that the reenactment was happening at Battle Abbey and battleground this weekend but we hadn't really planned to join in as we've been to the reenactment before and we knew that Battle town would just be crazy busy with tourists. 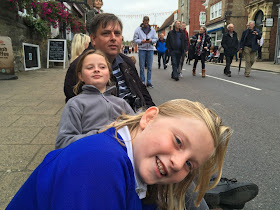 Then on Monday the girls school sent home a letter saying they they would approve leave for this afternoon if the children wanted to be part of the town festivities and of course they did. At 2.15pm this afternoon this was a parade of more than 600 local school children (including many from my kids school) led by a military band, activities in the library and crafts in the memorial hall. So we planned to spend the afternoon in Battle town and it is close enough for JJ to walk and meet us after he finished school.


The march was quick but fab and the girls loved seeing all their friends in the parade but we then had some time to spare before the crafts were due to start so as we are English Heritage members we decided to make the most of our membership and head in for a look around as all the reenacters got set up. 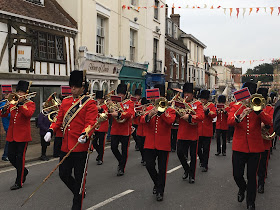 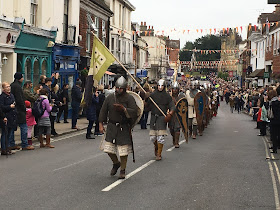 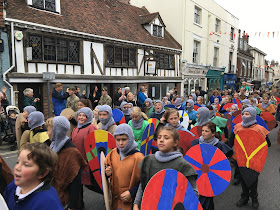 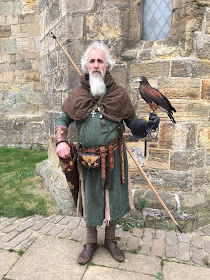 This was just the best time, the people were all friendly and really happy to chat to us, as well as let the girls pet their dogs and ask questions too. I actually think I preferred the chilled time this afternoon exploring when there was just a couple of dozen visitors to the actual reenactment we went to a couple of years ago when there was thousands of visitors. 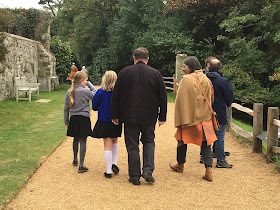 I had to laugh as Miss M will just chat to everyone. The guy in the camel coloured cloak is one of the people who had travelled on horseback from York over the last couple of weeks and this morning they stopped off at the girls school and chatted to them. 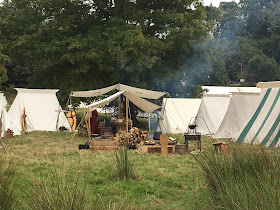 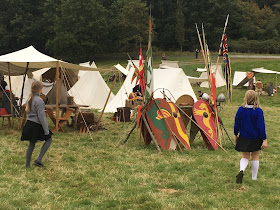 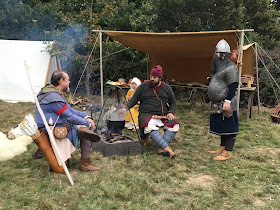 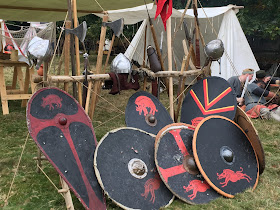 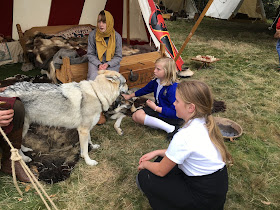 The girls ere in their element as there was dogs everywhere and all really well behaved. 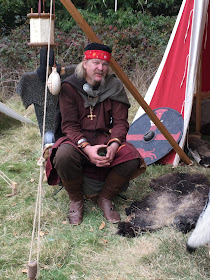 I'm told that the reenactment this weekend will be a bit different to normal and very special as it is an anniversary but it is all sold out already so we have no chance to watch it now but we're not too worried as we had such a fab time today.

Once JJ came to join us we rounded the afternoon off with a cuppa and some cake in the Battle Abbey cafe whilst the girls played in the on site park and explored the visitor centre and exhibition. Then we had another wander around enjoying seeing all the people dressed up.

I'm linking this post up with Fiona at Coombe Mill for #CountryKids.