I'm pleased to stay that nothing seems to stay too static on Netflix and there is always something new and different to watch. Here are a few picks that my family are enjoying and are happy to recommend right now. These first ones are recommended by my husband and I -

Orange is the New Black season 3 - I know so many people who were waiting for this new season of this Netflix Original to release on 11th June. I'm sue it won't disappoint you if you are a fan, as the successful formula is still there and the episodes will engage and move you.

Sense8 - This is another new Netflix Original series and I've only watched about five episodes so far but it is compelling and I wouldn't even say I am a SciFi fan. The premise is that eight twentysomethings around the world discover they have an intimate connection to one another with emotional, mental and physical implications. Each of the episodes seem to explore a different social issue like gender, class and sexuality and this gives them an interesting twist.

Danger Mouse - OK, this one is a kick-back to our youth.  We had a fun hour watching old episodes of Danger Mouse and have of course introduced our children to it. There are 3 seasons on Netflix for you to follow the adventures of superspy Danger Mouse and his bumbling sidekick, Penfold, as they jet around the world foiling their enemies' evil plots. 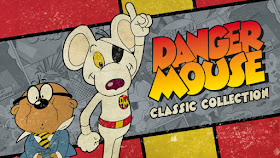 Pretty Little Lairs - Season 6 episodes are coming to Netflix UK just about 24 hours after they air in the US. This new season started on 2nd June and I love it just as much as the other ones. All the regular characters are there and the same insight to the lives of these privileged but spoilt girls with a big secret.

The Help - I am super excited to say that The Help has finally arrived on Netflix. This tale is so interesting. You see Skeeter arrive home from college with dream of being a writer, so this privileged young white girl decides to interview all the local black housemaids and tell their story. Of course firm friendships are formed and risks are taken to go across societal norms. 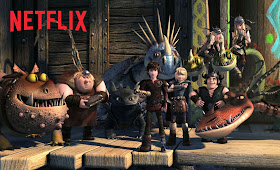 DreamWorks Dragons: Race to the Edge (PG) - This Netflix Original series released on 26th June and the reviews have been coming in as 5 star. If you are a fan of the How to Train your Dragon franchise then you will love this as it features Toothless and Hiccup leading the Dragon Riders as they soar beyond the borders of Berk and discover the mysterious ‘Dragon Eye’ - an ancient artifact filled with secrets that will lead them to new lands filled with undiscovered dragons.

Shipwrecked (U) - As I type this my girls are sat watching this film,recommended by their older brother. It is the kind of gentle film that I used to watch as a child and because it is a Disney movie it is of course well done. The film tells the story of a young Norwegian lad who is obliged to enlist in Britain's Royal Navy. We follow him on his adventures as a ships boy, in tangles with pirates and as he endures a shipwreck. 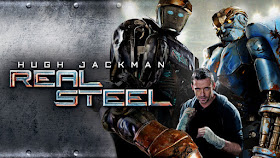 Real Steel (12) Charlie Kenton (Hugh Jackman used to be a prize fighter, that is until the boxing ring was taken over by huge robots. Robbed of his prize, he is now a promoter who reconnects with his estranged son to convert an old-generation robot into a mighty World Robot Boxing contender. It is frivolous fun and JJ loved it.

Oliver & Company (U) - You can't beat a good old-fashioned Disney movie and this one is no exception. An adorable orphaned kitten named Oliver struggles to survive in New York City and falls in with a band of canine criminals led by an evil human. Of course it all comes good in the end, it is Disney after all! 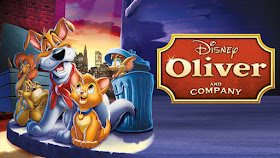 Beverly Hills Chihuahua (U) - Miss M practically wet herself when she saw this movie had made it onto Netflix. We have it on DVD but apparently it is even better now and the girls were really keen for this film to be added to their recommendations. Chloe the chihuahua is a real pampered pooch and she happily travels around the richest neighbourhoods in her owners handbag, until she is stolen and taken off to Mexico. A rescue mission thus follows...

Old Dogs (PG) - I loved this movie too, what is not to like when you have John Travolta and Robin Williams in the same movie? Of course the story line with two business men trying to look after their work interests as well as two wayward twins appealed to my twin girls. It is one disaster after another and makes for an easy Sunday afternoon watch.

Do share with us what you have been enjoying on Netflix recently please.

Disclosure: I am part of the Netflix Streamteam and as such I receive a free subscription and a device to watch my Netflix on. I am not instructed what to write and I remain honest.