For the last week or so I've been wanting to write a post to pull together this last year and to round it all up. The logical place to start was to look for a resolutions, goals, wishes type post from January gone to see if I achieved what I wanted to. You know what, I could not find one.

There was a post about my weight - isn't there always, and yes again I had vowed to eat less, move more, sleep more and dump some pounds.  But sadly it has not happened, I think I am the same exact weight now as I was at the start of Jan in 2012. So I might as well start this post off with the low point and as far as I can recall this is the only downside from 2012, so I can hardly complain at that, can I?

Right, on with the highs - I'll take you on a month by month tour of what happened in the life of Mummy from the Heart -

January
I moved jobs in Jan and adore my new role.  It offers everything I want from a job and a girl could not ask for a lot more. In the bloggy world I published a post titled Blogging is just like the real world.  This went down well and I read it out at BritMums Live in June as a crowd sourced speaker. 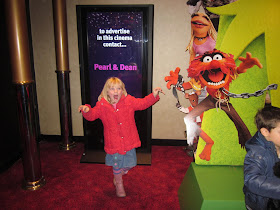 My own little animal at the Muppets preview

February
I hosted my second New Bloggers Fortnight and had some great guest writers, my favourite posts were probably those by Ruth and Clare. Geek Mummy's was the most read by far and I will always feel joyful that Kerry posted here too.

I ended the month asking people what their opinion on blogging awards is and 91 comments later we can sum up that it is completely mixed. Will I put myself through the agony in 2013, who knows?

March
My blog received its much longed for make-over in March and here I am 10 months later and thank the Lord I have not bored of it, so I obviously made the right choice in the design.

It was also the month that I travelled up to London to meet the ONE Campaign and to learn about who they are and what they do, of course I then went on to do great things with them in October. 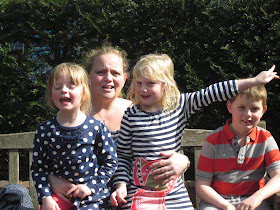 Paultons Park for a review

April
We took our annual trip to Spring Harvest, the huge Christian festival at Butlins in Minehead. This was an amazing week of family time and worship. Whilst we were there I wrote a post called 'seeing myself through my kids eyes ' and this struck a cord with lots of people.

I also wrote one of my blogs biggest SEO successes.  Not one I would have chosen to write, I revealed my tactics for having dealt with a clothes moth infestation!

May
May seemed to be a month when I wrote about blogging.  I often hear that it is the kiss of death to blog about blogging. Apparently it makes me boring.  Oh well, my stats tell me you like it and people keep coming back.

June
I had a great weekend away with the ladies from my Church, lots of down time and relaxation and then the next weekend I headed off to BritMums Live to spend time with my best bloggy buddies. 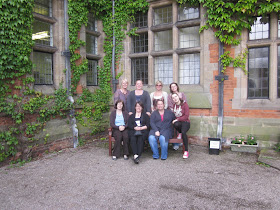 July
July marked my girls turning 5 and we headed off to Yorkshire for my first review holiday, it was a great time. On our journey back I got a tweet to say I had been picked to be a Butlins Ambassador in 2013 and then later in July I was asked by the ONE Campaign if I wanted to travel to Ethiopia in October.  I also felt I needed a change of direction with my guest posts on the BritMums blog so the Positively Inspirational round-up was born. It was a VERY good month indeed.

August
I had a lot of down time this month, blogging less and being with my family more.  We stayed in Bournemouth with my parents for a week and enjoyed family, sun, good food and just simple time together.

In general I had the best summer with the kids and will never forget the time we spent together, laughing, singing and playing. 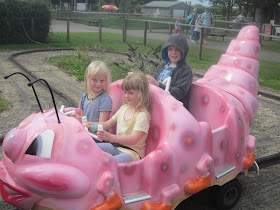 September
This month was all about the mental preparation of getting ready to travel to Ethiopia, the kids went back to school and I worked hard. I also joined in with the debate about Kate Middleton and those topless photos.

October
We went to Legoland for JJ's 9th birthday and shortly after I boarded a plane for the first time in 8 years. My journey to Ethiopia is well documented on this blog and I'll never forget what I saw, heard and learnt there, I have been forever changed. 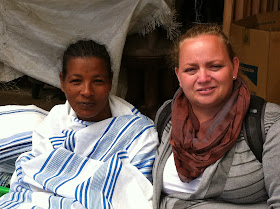 November
I don't really feel as if my feet touched the ground when I came back from Ethiopia, I was swept away in a need to blog about everything I had experienced and also conscious I needed to get ready for my journey to Belarus in early December. I knocked out a post about blogging (yes again) as I was getting a tad fed up with the newer bloggers keep moaning about things.

Towards the end of November I was honoured to be a part of a group of bloggers who came together for a very public show of prayer and healing for Kerry of Multiple Mummy. Sadly for us and her family, God had plans that Kerry should join Him and she passed away in December. RIP Kerry.

December
Bringing us right up to date, the month started with me travelling to Belarus with Operation Christmas Child. Yet another amazing journey and so different to Ethiopia but equally as rewarding and thought provoking. Upon my return I wrote an expose of what I had seen and heard whilst travelling with this Christian charity. I also published a post on the same subject on the BritMums blog. 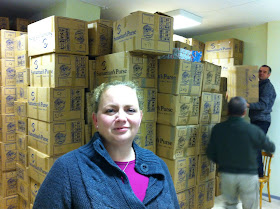 2012 has been good, thank the Lord for the wonderful opportunities He has put in my path.  I pray He finds many uses for me in 2013.

Happy New Year readers, thanks so much for keep coming back.  Mich x
at 00:00
Share
‹
›
Home
View web version