If I said to anyone who knows her well that Miss M sat still for an hour and applied herself to just one task this last weekend they would not believe me.  This is a child who has 'ants in her pants'. She is not at all good at applying herself. 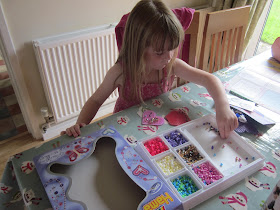 So what was it that had her interested I can imagine you are wondering. It was the magic cocktail of Mummy's full attention and Hama Beads. We had such fun together and I have to be honest, JJ has had hama beads for years but I have never really sat down with him and done them.  He just gets on with it himself. You would have thought that I would have learnt by now that kids love any toy or play item better when a parent is involved.


I think this is something that Merry from Patch of Puddles blog is aware of, as a home-schooling mama she is used to working with and engaging her children and I know hama beads are a bit of a passion for her. So she is holding a hamabead competition this summer and she invited my kids to join in and create some designs around the theme of ‘an amazing holiday’.  JJ got the concept straight away but Miss M and Miss E were a bit more stubborn and just insisted that they wanted to make some creations of their choosing, rather than fitting with the theme. 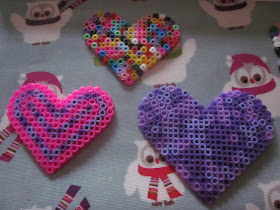 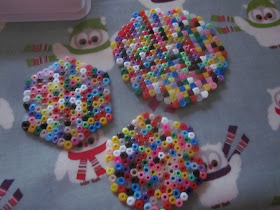 Would your child like to enter the competition and be in with a chance to win a £100 gift voucher to spend in one of Merry’s online shops such as Craft Merrily, Play Merrily, Jolly Dollies or The Little Big Toy Shop ?   Yes?  It is dead simple; get them to craft a hama bead creation of their own design, take a photo and email that to  patchofpuddles {at} gmail {dot} com with a note of your child’s first name and age.  The entries will be judged by an independent person from DKL Marketing or Hama Beads (TBC) after the close date of midnight 31 August 2012.
Here is what JJ created - first a rocket to take you to the moon, which he tells me would be the most amazing holiday ever and then an aeriel view of the earth, taken from his rocket! 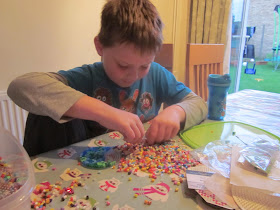 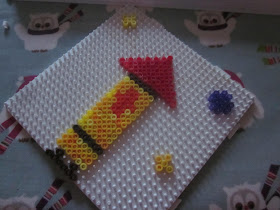 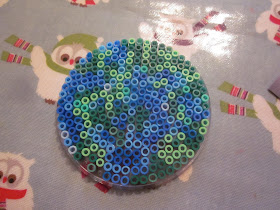 If you have not tried out hama beads before then I genuinely can recommend them as a nice way to help your children craft.  Merry has put together a special starter kit that you can purchase for £11.95 but there is no obligation to do so, you are free to enter the competition just using the beads you already have. 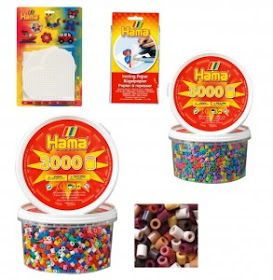 Head over to Patch of Puddles and see the full details.


Disclosure:  Merry was kind enough to send us some hama beads so that we could take part in this competition.