What's appropriate for an 8 year old? 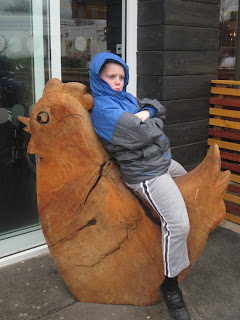 JJ is 8 going on 68, really, this is a boy whose favourite TV programme is currently watchdog and who polices the streets when he sees someone acting inappropriately.  They drop litter and he wants to reprimand them.  Yes, very good intentions but we do have to reign him in and remind him that not everyone is receptive to his forward ways.  There has been many a time that I have worried that some thug may take exception to him and offer him some advice of their own but with their fists.

I was pondering earlier today what is age appropriate for an 8 year old. He will be 9 in October and in most ways seems quite mature but I do not have much to compare him to, so it is always good to gain some more perspectives on what other parents of 8 year olds are doing.

So what do you allow your 8 year old to do? I wonder if I am being over protective, I have not allowed JJ to make a cup of tea nor cook toast yet.  I know he has done toast before though when dh has been looking after them.  He also cooks with dh sometimes and has proved himself trustworthy with a frying pan. He wants to start having packed lunches and I am tempted to say he can if he makes his own lunch the night before. Too much or OK with supervision?

Go away on their own
Dh is a Cub Leader and as such JJ has been away camping since he was about 3 years old.  He knows all the rules of camping and dh tells me is far more sensible that some of the older scouts. This year dh may not be going to camp but JJ will, I have to say I am not concerned about this at all, I know he will have a ball.

Pocket Money
JJ receives about £2 pocket money a week.  I say about as he has the opportunity to earn more than this by doing jobs for me.  At the moment he is not that engaged with this so he is just getting his £2 but at other times he is really interested and we have a chart going and he earns 10p for each job (such as table setting, tidying, helping his sisters etc). 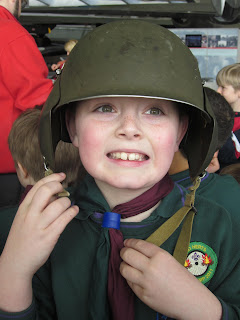 I expect JJ to take responsibility for showering himself each day, brushing his teeth and keeping his room tidy.  Yes of course I monitor this and direct his actions but he is actually very good at carrying out my instructions.  Dirty clothes make it into the wash bin (they are still inside-out but one step at a time, hey?), he is really good at hair washing and seems to enjoy a shower or bath but the teeth brushing is the one we have the greatest moans with!

Going/ Playing out alone
I find this one really hard.  I would love for JJ to be able to go out and play in the street like I did when I was a kid but we live on a busy road and there is no cul de sac like I had. There is actually a small park he could reach without crossing any roads and I do wonder if come the summer, I should let him head down there.  To be honest no kids really play out where I live and I think this also holds me back.  It is fine for me to allow him a bit of freedom but if there is no one to play with, where is the fun in that?  Perhaps I need to chat with some other local mums and see if we all start to let them have some freedom, but is 8, going on 9 too young? What do you think?

The other day dh was joking about him walking to the local shop to buy us a loaf of bread and I had to stop and really think, would I allow this?  I know he would be fine with the actual buying, he is good with money and he would look after the item he had bought.  I even think he would be OK on the walk there and crossing the road but what about other people he might bump into?

In the same vein I need to consider when I would let him walk to school on his own.  It is very close with only one main road to cross but then there seems no need, I have to take the girls and thus why would be not just come with us?

So many decisions to make and I know it is important to start offering him some freedom, responsibility and the opportunity to make his own choices and mistakes.  I am just not too sure what is right and when, I don't want to do too much too soon after all.  So any past experience you can give is appreciated.  Or if you have a child of a similar age then I'd like to know what you let them do and expect of them?