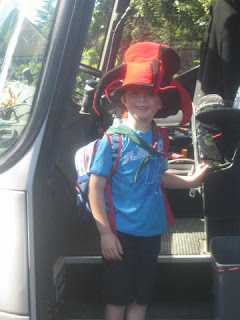 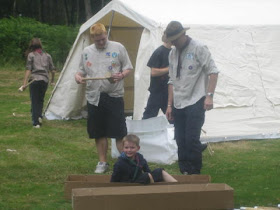 Hidden in a box! 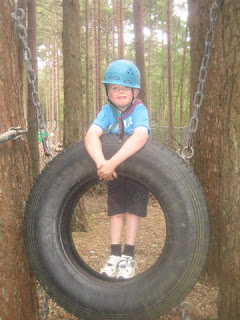 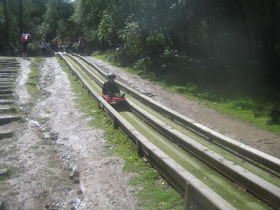 On the downhill trolleys..... 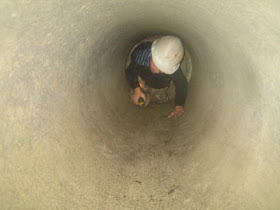 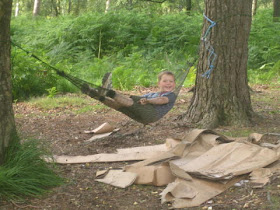 Relaxing after a hard days camping.


My big boy is back from camp minus a tooth, so that is now 2 he has lost and at the tender age of 5 he has one of his adult teeth growing through. Can that be right? surely he is too young, I will have to google and investigate.


I can tell he has been with 9 - 15 year old for a week as he is a tad more cheeky than when he left me (Daddy and I will soon knock that out), dh is being referred to as Dad, the Daddy has been dropped and his voice even sounds different. I know that sounds a bit crazy but I suppose he has just become used to conversing at a different level for the last week.


He had an amazing time at camp, his second year and got an award for 12 nights away, so once he is invested as Beaver he will be able to get his first badge straight away. We have to frame his certificate apparently.


He did a wide variety of activities: potholing, swimming, wide games, hiking, racing trolleys etc etc and apparently they all did skits around the camp fire to earn points for their team and JJ stood up and did some knock knock jokes. Where does he get the confidence from?